Hi Steve, thanks for agreeing to an interview with us today.

Thanks for having me.

You have run the 606 Club for an impressive 43 years since 1976. The questions could be endless and we are here to talk about food so before we start that may we simply ask you who your most memorable guest has been?

Having run the club for so long it’s not really possible to name one single guest as there have been so many, from Ronnie Scott opening the Club back in 1988 with his band through the likes of Hamish Stuart from the Average White Band, Jamie Cullum, Bonnie Raitt, Charlie Watts, Lee Konitz, Pat Martino, Dominic Miller from Sting’s band (including Sting sitting in to play on Dominic’s Birthday)…the list is endless really.

Is there anybody in particular you wouldn’t welcome back?

In all honesty I can’t think of anyone. We’ve had several musicians with apparently questionable reputations who have performed here with no issues at all. We like to think it’s the relaxed and welcoming vibe that keeps them cool.

Interestingly you originally started working as ‘the cook’ in the early days of the 606 Club. What was on the menu back then?

It was a long time ago, but I do remember making homemade burgers, for which we had quite a reputation (this was in the 70’s, so long before they were fashionable), homemade shepherd’s pie, a vegetarian rice dish made with brown rice and red beans, chilli con carne (it was the 70’s!)…I also had a chef, Lee, who invented a starter which was avocado prawns grilled with cheese and served hot. That became something of a “signature” dish which we still pull out occasionally to this day.

I would have to say our menu these days is significantly more sophisticated than back then. As you say, I was really a “cook”, whereas nowadays we have some really skilled chefs led by our Head Chef of almost 20 years standing, JP. Typical dishes would be: Quinoa salad with fresh mango & walnuts; Grilled goat’s cheese on ciabatta topped with a pecan nut, honey & chilli dressing; Grilled sea bass fillet served with a cherry tomato & olive salsa, warm artichoke heart in walnut oil & roasted new potatoes; Slow cooked duck leg with a honey, soy, ginger & orange glaze and Grilled salmon fillet with a pink peppercorn & lemon beurre blanc sauce. Not forgetting staples such as our Rib Eye Steak, Thai Chicken Curry and Cumberland sausages (a big favourite!). We also always carry a Vegetarian Special dish and more recently also now have a small Vegan Menu as well…

The combination of real live music and dining used to be far more popular. What do you believe this experience offers customers and do you think it will regain popularity?

Hmm, I’m not so sure that is the current situation. If I think of some other major music venues, in London, Ronnie Scott’s, the various Pizza Expresses, Hideaway, Jazz Café…they all sell food. My memory is that back in the day live music was more centred around pubs and Clubs, which tended not to sell food, or if they did it was pretty basic. As a working musician I used to play in quite a few of the West End venues that did have food, but the music was very much “background” or for dancing. Generally speaking I think there are as many venues now as there were back then, but these days it does feel to me that across the board there is more emphasis on listening that there used to be.

How has your clientele changed over this time, are they more demanding or is it a case of music first?

To be honest it’s hard to quantify how the clientele has changed over a 30 year period. One thing I would say is that people are much more food aware than they were in the 90’s, which is actually nice for us as it means we have ben able to “uplift” our menu. So dishes that were considered a bit “fancy” by our clientele when we first opened here in the late 80’s are now expected as a matter of course, which as I say is nice for us as it means we can provide quality offerings at realistic prices. Musically I also think that, interestingly, the audiences have become more eclectic and open in their tastes, which again means that the programming can be broader than it was back in the day.

Do you have any ideas or plans to change the menu?

Not drastically, no, not at this time. We are constantly looking to improve what we do, but always within the broad established framework of how we operate now. One thing we have done is to add a vegan menu, as mentioned above.

What has been your best selling or signature dish at 606 Club?

Steak! We’ve had the same meat supplier for about 15 years and I know of customers who come here just for the steak. Although having said that as tastes and social mores evolve, particularly around climate change, I would expect that to start to alter over the next few years.

Have you had any disasters in the kitchen?

Worst thing I can recall is when our extractor fans stopped working in the middle of the summer! Being a basement, it got very hot in the kitchen and we had to surround the staff with electric fans.

Fortunately our really good technical guys were on the case very quickly, and by the next night had rigged up something until the offending piece of equipment was sorted out in about48 hours. 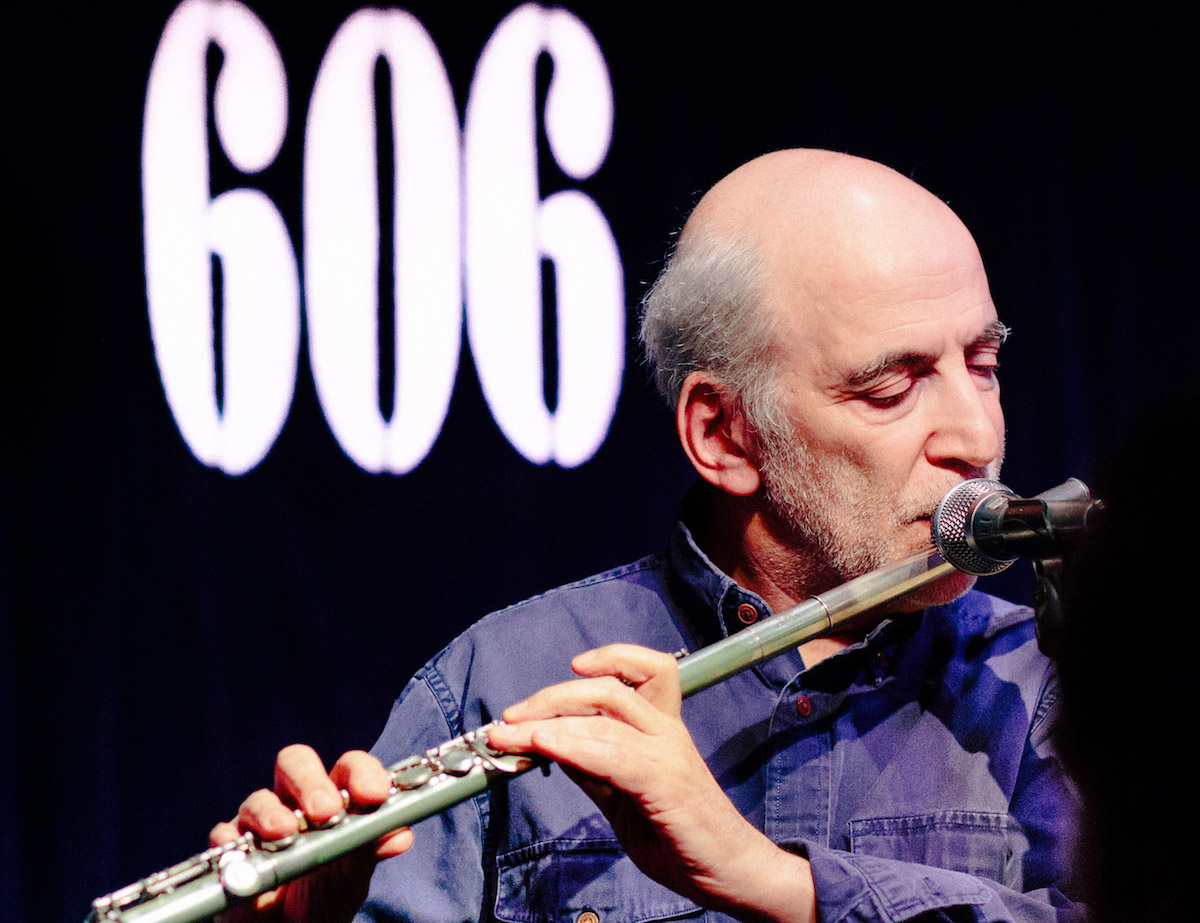 If you could choose the billing for the ultimate 606 Club night, which artists would you book that evening and what would be on the menu?

This is actually almost impossible to answer as there are so many artists that I would want to feature it would take a week, rather than a night! Which interestingly is what I’ve done to celebrate both our 25th and 30th Anniversaries here at Lots Road, which is to book around 34 bands/artists over a 10 day period, that way I can get a lot (although not all) of my favourites in!

Lastly, what would your advice be to people considering a trip to the 606 Club?

Come prepared to eat a tasty and well cooked meal and then sit back and listen to some of the best music in Europe (possibly the World!).

Thank you it has been a real pleasure, before we go can you recommend a great jazz track for our playlist?

The flute player Harold McNair’s track “You Are Too Beautiful” from the album “Flute & Nut”.

To find out who is playing at 606 Club visit their events page here: 606club.co.uk/events